Graduate of Bishop Gorman High School. He attained a B.S. in Physiology from the University of Arizona and a Masters in Healthcare Administration from UNLV. 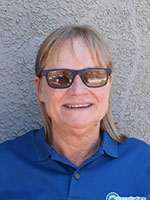 Linda worked 28 years as a Registered Nurse in many of the Las Vegas valley hospitals such as St. Rose Siena, UMC and Sunrise Hospitals. 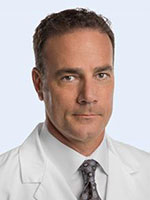 Dr. Baldauf graduated from The University of Arizona in 1984. He received his medical degree in 1988 from Jefferson Medical College at Thomas Jefferson University in Philadelphia followed by orthopaedic training at Tulane University School of Medicine and Charity Hospital in New Orleans. Dr. Baldauf then served as chief of orthopaedic surgery for nine years with the U.S. Air Force from 1995 until 2004, including a six-month deployment to the Middle East during the Second Gulf War. Originally from Arizona, he has lived in the Las Vegas Valley since 1998. He practices general orthopaedics with special emphasis on sports medicine injuries and joint replacement of the shoulders, hips, and knees. He is the Chief of Surgery at Henderson Hospital and also performs surgery at Southern Hills Hospital. He is board-certified by the American Board of Orthopaedic Surgery, and is a member of the American Academy of Orthopaedic Surgery, as well as a board member of the Nevada Arthritis Foundation.

Dr. Baldauf handles a wide range of orthopaedic problems from simple sprains and strains to complex fractures and severely arthritic joints. He has maintained a broad spectrum of care with extensive management of nearly all aspects of orthopaedic concerns. His extensive experience allows him to address both adult and pediatric patients with various concerns, including sports injuries, fractures, and joint pain including arthritis. He manages upper and lower concerns, including shoulder to hand and hip to foot. Dr. Baldauf takes great care and pride in finding the best treatment for his patients whether surgical or nonsurgical. The most important factors to him are communication, compassionate care, and the patient-physician team approach to solving orthopaedic problems.